Seven years ago at Chambers Bay in Seattle, Cole Hammer staged one of golf’s greatest rookie parties. Not only did he qualify for the 2015 US Open at the age of 15, the third youngest 15-year-old to do so, but he hit 77 in the first round and beat Tiger Woods by three strokes that day. With his boyish smile and early play, Hammer Time was born.

“I was a kid, I didn’t know what to do. It was like a circus. I was walking around the field with guys like Tiger and Rory and I was in utter awe. There were a few lanes I couldn’t get to. So it was all about the experience”, He remembers. “When I was 15, I was like, you know, I can win this thing. But I think I quickly realized or I realize now that I didn’t have a chance to fight.”

Despite high expectations, Hammer, 22, has had a successful career in the amateur world, including receiving the Mark H. McCormack Medal as the world’s best amateur golfer in 2019; Walker Cooper is American twice; American Amateur Quadruple Championship winner (with Garrett Barber); Singles Champion in the Big-12 Conference in 2021; Most recently, she helped Texas win the NCAA Men’s Tag Team Championship. It more than lived up to the hype.

Now it’s time for the next step in his burgeoning career. Hammer turned pro and plays under a sponsor’s exemption this week in the Travelers Championship.

“I’ve been watching the PGA Tour on TV for a long time,” he said. “I mean it was my dream to compete here one day and this is one of the oldest tournaments I remember watching. I remember thinking, man, the golf course looks absolutely perfect. And by atmosphere, I mean in a way there’s always a dramatic ending here.”

Hammer has played in the US Open three times as an amateur as well as the British Open once out of eight starting rounds of the PGA Championship, including at the Fifteenth Houston Open, his hometown event, last fall. He made his professional debut last week on the Korn Ferry Tour at the Wichita Open and missed the cut. It started ominously with a double ghost on his pit but bounced back with a pair of sparrows.

“I’m glad I got this start under my belt before coming here. I feel like I’ve put myself in a stressful situation now so I’m excited to use this experience,” he said. “I’ve learned a lot about myself and how I need to prepare for tournaments. I’ve been in college for four years and basically been told how to prepare every week. Now that I’m on my own I need to, the past week has been a good way for me to figure out what works for me and what doesn’t. “.

Hammer is a part two of his college seniors earning a spot to play this summer through the University of the PGA Tour. He finished fifth in the standings and earned Korn Ferry Tour status for the remainder of the season, and is also exempt from the final stage of the Korn Ferry Tour Qualification. Hammer said he felt pressure to finish in the top five to give himself more options early in his professional career.

“I’ve never been to Q-School before, but I felt like I was racing with a few other guys in the NCAAs. Luckily, I snuck into the top five and started Korn Ferry.” “It’s so hard to go out on a tour and have a place to play right after you graduate from college. The tour, I think this program will continue to thrive over the next few years and give the best college players a place to play right away is incredible.”

Ready or not – it sure looks ready – it’s about to be hammer time. 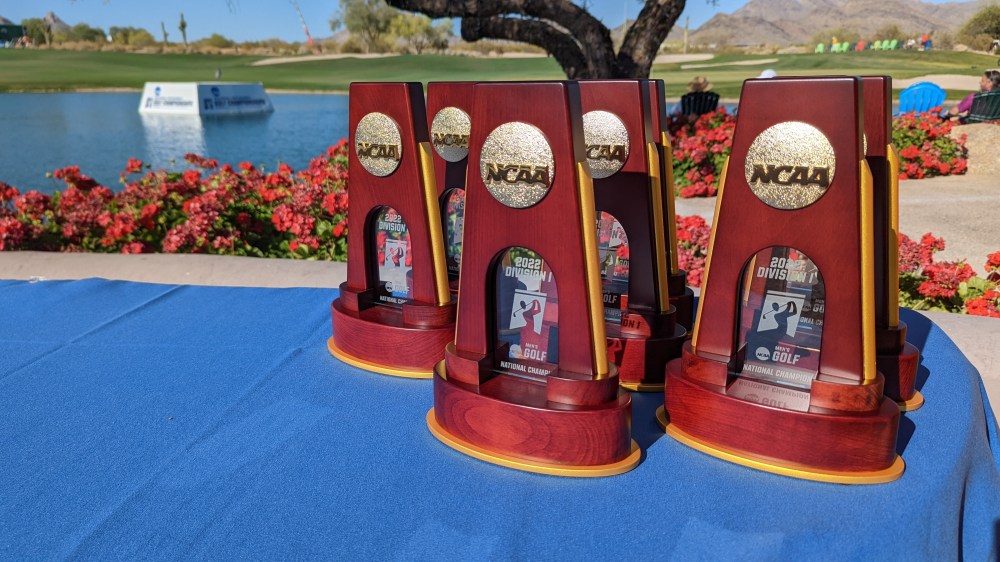